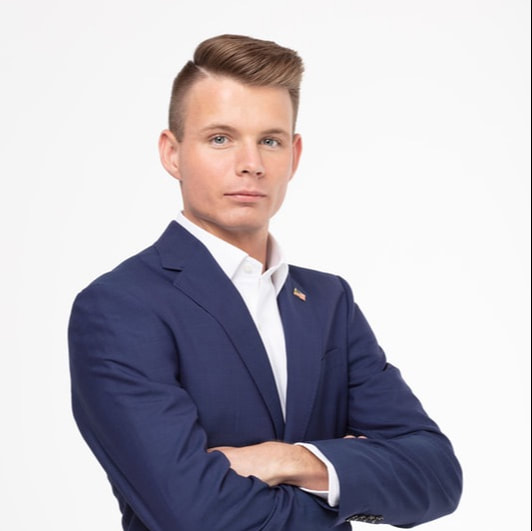 Born in Long Branch, New Jersey in 1995, Ryan Fournier is a first-generation college graduate. At Campbell University, Fournier earned a degree in Political Science with high honors, served as chapter president of his fraternity, while also launching the Students for Trump initiative as a freshman. He is a member of the Phi Kappa Phi, Phi Eta Sigma, and Pi Sigma Alpha honor societies. Ryan was awarded the Newsmax ’30 Most Influential Republicans Under 30’ award two-years in a row, and has been recognized by over 500 publications for his work in the 2016 election and beyond.
​
Fournier currently serves as the Co-Chairman of Students for Trump and Turning Point Action, a national student mobilization effort which seeks the reelection of President Donald J. Trump.