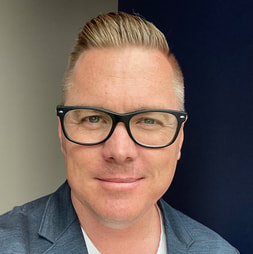 Jon Willis is a proud father, husband, 6th generation Arizonan, commercial real estate broker, serial philanthropist, part-time comedian, and executive of several companies across multiple industries. At the age of 18, Jon obtained his real estate license and joined family office that focuses on real estate brokerage, development and investment. He quickly achieved success by selling hundreds of millions worth of commercial real estate assets as well as assisting in the development of several multi-million dollar projects over his 22 years is the business. Jon was also recognized as one of Arizona's top real estate instructors and public speakers in that field.

Jon now concurrently serves the positions of President at Skylab Apps, Inc. (Frisco, TX) as well as the Co-Founder and CEO at FreeSpace Social, a new social media platform that celebrates independent thought and free-flowing information as the cornerstone of a peaceful, healthy and unified society. Jon's unmatched energy, personal connections, and killer instincts have brought a fresh spark to the Skylab team that will help the company achieve even more success as we expand into new verticals. As CEO of Freespace, Jon aims to create a platform that allows people to "Just Say It."

In addition to growing his businesses, Jon has dedicated much of his time serving on the board of directors of several reputable charities including non-profit political organizations, faith-based groups, anti-sex trafficking abolitionist efforts, and more.​